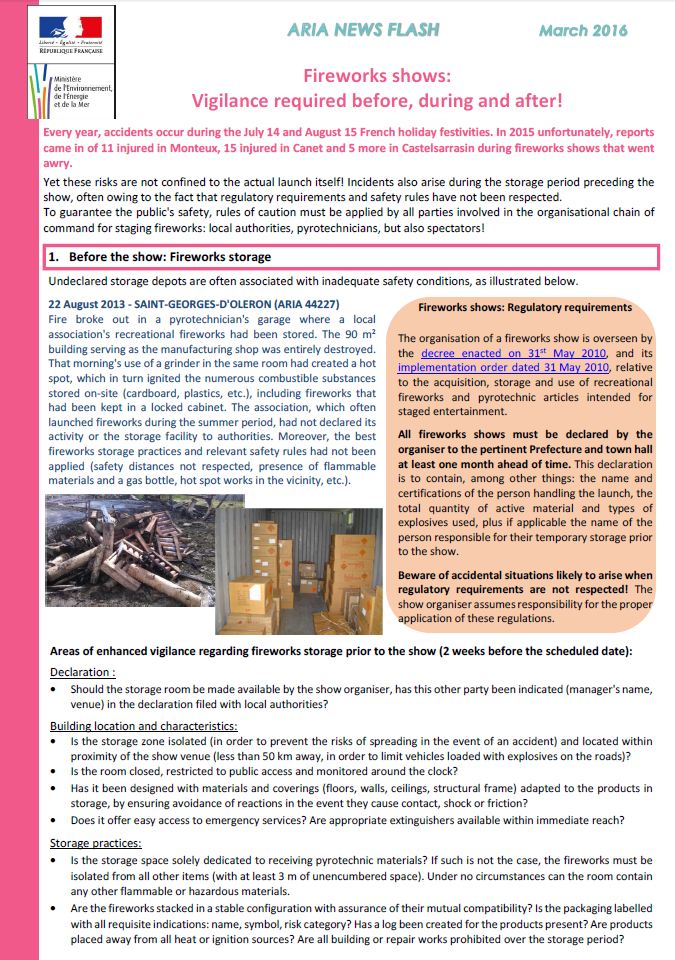 Every year, accidents occur during the July 14 and August 15 French holiday festivities. In 2015 unfortunately, reports came in of 11 injured in Monteux, 15 injured in Canet and 5 more in Castelsarrasin during fireworks shows that went awry.[...]
Read more

In the pyrotechnics sector, 12% of accidents are related to inappropriate human intervention: mainly non-compliance with procedures (since the creation of the ARIA database, 132 accidents are in this case out of a total of 1076). Based on real examples,[...]
Read more

This document presents the conclusions of an analysis conducted on 322 accidents (104 in France, 218 in other countries) extracted from the ARIA database. For each stage of the fireworks process (manufacturing, storage, use, transport and disposal) major causes and[...]
Read more 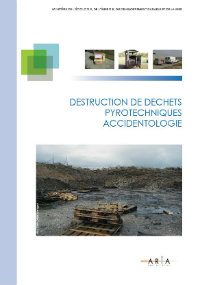 The destruction of pyrotechnic waste remains a hazardous activity; in France, this activity alone accounts for 15% of all accidents arising within the pyrotechnics industry, as catalogued in the ARIA database. Waste treatment steps are carried out on materials that[...]
Read more 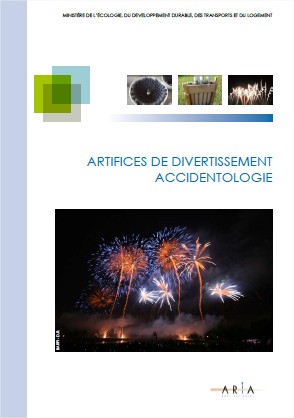 As an expression of festivities, fireworks must however not be perceived as inoffensive or devoid of risks. Fired for hundreds of years, some fireworks today can be directly used by the general public, which has given rise to the need[...]
Read more 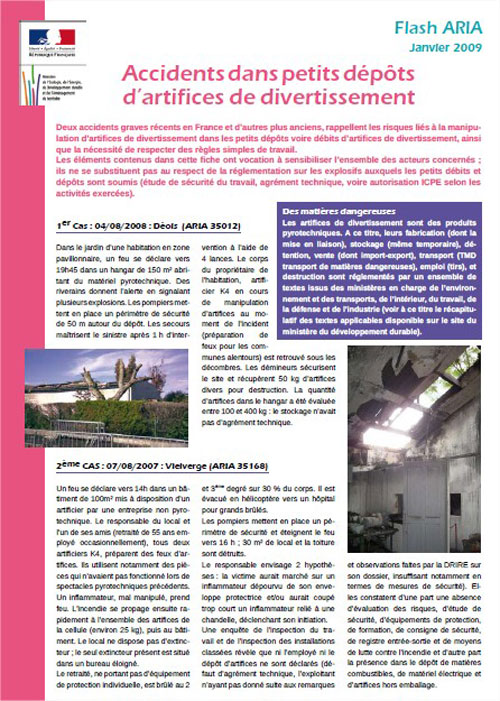 Two serious accidents that recently occurred in France along with others from the more distant past recall the risks associated with handling fireworks in small warehouses or shops, as well as the need to respect pertinent basic workplace rules.
Read more 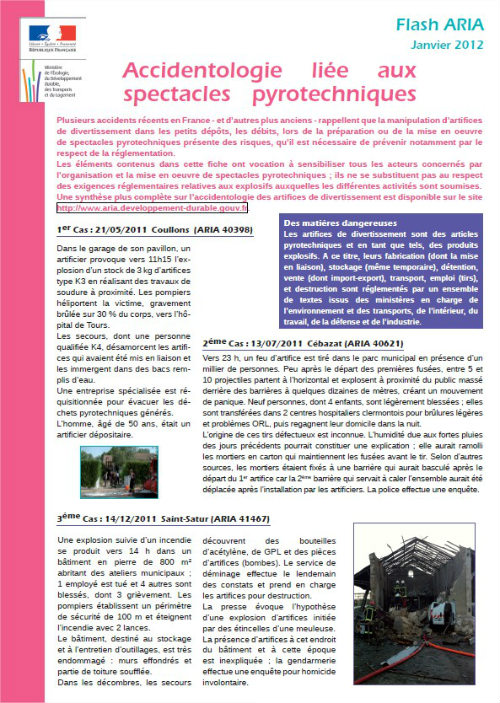 Several recent accidents in France (along with others dating further back) have recalled that the handling of fireworks in small warehouses, depots, during the preparation or execution of fireworks shows, carry risks that must be prevented at least through regulatory[...]
Read more