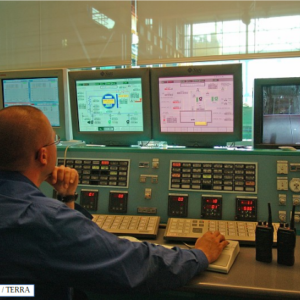 Startup/restart or shutdown operations: heightened vigilance
Flash
-
As industrial operations resume in the wake of a health crisis, this Flash bulletin emphasises[...] 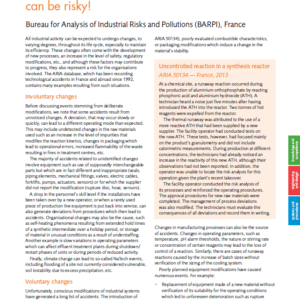 Small or big changes, not managing them can be risky!
Press article
-
All industrial activity can be expected to undergo changes, to varying degrees, throughout its life[...] 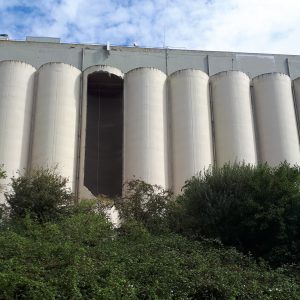 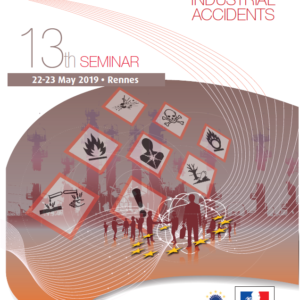 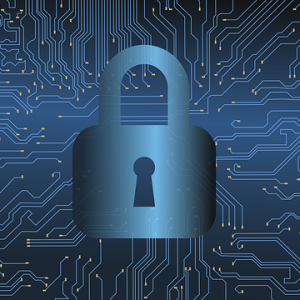 Study
-
As the second chapter of an accident analysis devoted to industrial automation within the ARIA base, this study presentes the[...]
read more

Study
-
The use of an inerting process is a means of intervention used in a fire in grain silos. However, it[...]
read more

Study
-
Beyond criminal acts targeting “Seveso” installations and having a strong media impact, the fight against "ordinary malicious acts" is a[...]
read more

Study
-
Every year in France, many deaths and injuries result from accidents involving household uses of gas. These events, which occur[...]
read more

Seal boxes : not to be mistaken as a cure for ageing

Flash
-
Due to the goods and products they handle or the nuisances they create, industrial sites have long been the preferred[...]
read more

Fireworks shows: Vigilance required before, during and after!

Flash
-
Every year, accidents occur during the July 14 and August 15 French holiday festivities. In 2015 unfortunately, reports came in[...]
read more

Study
-
Lightning, often associated with the powers of gods in mythology, can have serious impacts on industrial facilities and entail human,[...]
read more

Accident report
-
In a metallurgical plant, 2 explosions occurred at 9:30 p.m. followed by a fire in a melting furnace containing 5 t of[...]
read more

Log in and complete your "search preferences" to take advantage of enhanced functionalities :
Ministère de la Transition écologique et solidaire
Retour en haut
Fermer
We use cookies to give you the best experience possible on our website. By continuing to browse the site, you are agreeing to our use of cookies. OkEn savoir plus