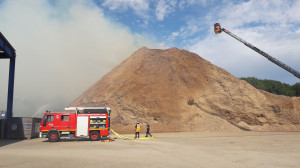 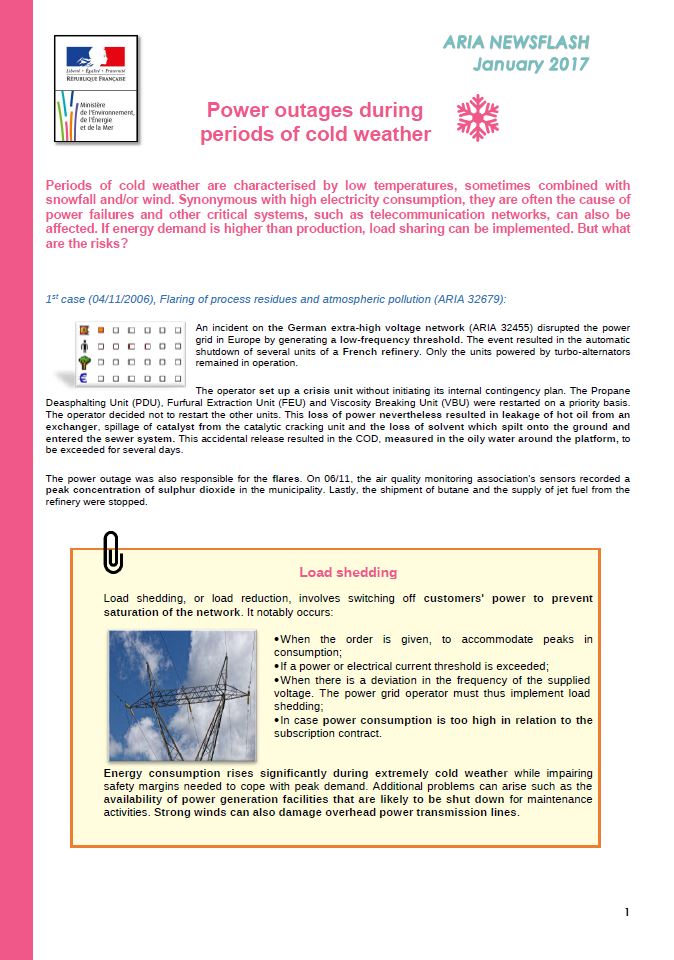 Periods of cold weather are characterised by low temperatures, sometimes combined with snowfall and/or wind. Synonymous with high electricity consumption, they are often the cause of power failures and other critical systems, such as telecommunication networks, can also be affected.[...]
Read more

Following heavy rains in late May 2016 in the Ile de France (Paris) region, water was seen upwelling through sewer manhole covers located between the buildings housing the furnaces of a glass factory. The rising water spread through technical ducts[...]
Read more

While its impact was not quite that of the deadly heat wave in 2003, the hot weather experienced during summer 2015 was still highly exceptional for France. BARPI has undertaken an analysis of the effects of these recent extreme hot[...]
Read more

Numerous scientific studies at the initiative of public or private entities converge on the observation of a growth of natural disasters in the last decades. This fact sheet presents some indicators to understand the specificity and impact of floods on[...]
Read more

A storm surge coinciding with high tides caused the River Tees to rise. It flowed over and eroded the dykes built to protect the local residents. A Seveso-classified port terminal containing chemicals stored in tanks was flooded 1.8 m above ordnance[...]
Read more

A storm surge coinciding with high spring tides caused the waters of the Humber River to rise and flood a cement works, where the water rose as high as 3 m. A petrochemical site (46146), a chemical terminal (46144), and an[...]
Read more