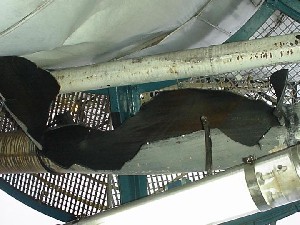 A butadiene leak occurred inside a chemical plant; its origin was a flare pipe break on a butadiene workshop reboiler. The gas alarm was immediately activated as was the internal emergency plan. 7 tonnes of butadiene escaped, a vehicle crossing[...]
Read more 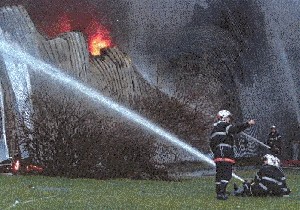 An explosion and fire occurred around 10 am in a glue factory. A large black smoke cloud formed and partially drifted over the neighbouring urban area. Since atmospheric conditions were unfavourable for the plume to rise and disperse, rescue services[...]
Read more

The summary of this accident has not yet been translated. In the meantime, please refer to the French summary : Une fuite de pantènes nitriles (PN) a lieu dans un atelier d'adiponitrile dans lequel le 3ème réacteur a été by-passé[...]
Read more 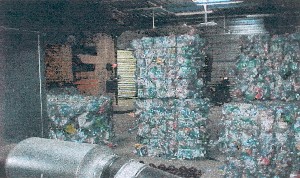 At a site dedicated to recycling polyethylene terephthalate for the production of polyol/polyester foam, fire broke out in the PET bottle feed chute connecting the first reactor (containing glycols and a catalyst) while conducting process management validation tests under actual[...]
Read more 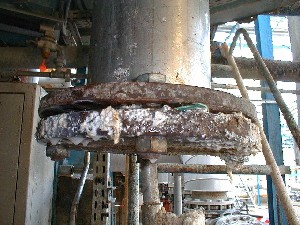 During the paint fabrication process, a tank containing a mix of minium (red lead) and glycerophthalic resin exploded at 11 pm. The ensuing fire destroyed 2 workshops and both the research and control laboratories; 170 employees were in technical unemployment.[...]
Read more

Fire broke out in a low-pressure hydrogenation unit at a chemical plant. The unit's fire detectors sounded the alarm while the 1st process phase (hydrogenation of phenylacetylcarbinol with benzylamine in an isopropyl alcohol solution using a catalyst) was ongoing. An[...]
Read more