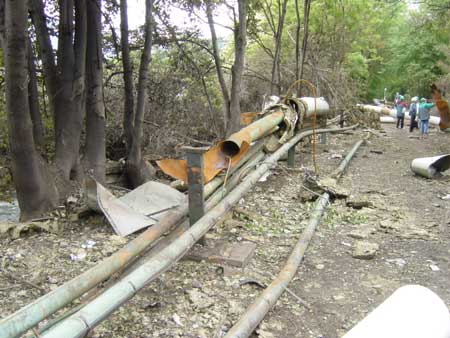 This summary report was established based on information collected from 557 French accidents (251 cases) or foreign accidents (306 cases) which took place between January 1917 and May 2003 and which are recorded in the ARIA database. This document should[...]
Read more 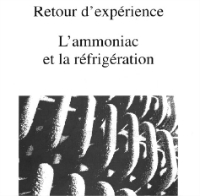 This study foccuses on accidents associated with ammonia and refrigeration.
Read more 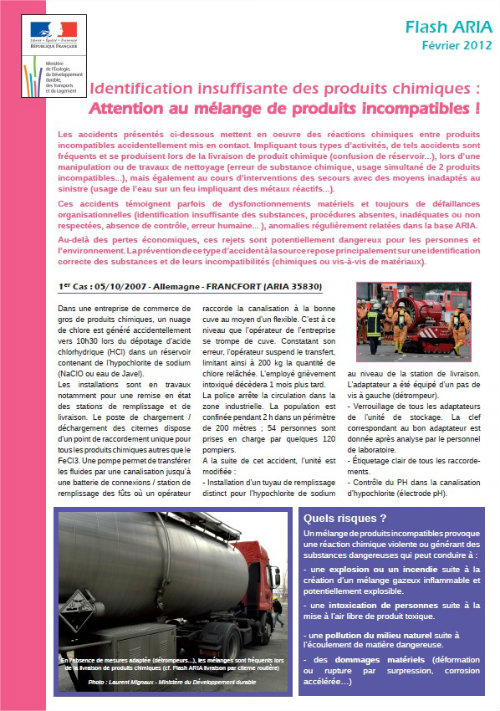 The accidents presented in this flash involve chemical reactions between incompatible products inadvertently placed into contact with one another. Encountered in all types of activities, such accidents are frequent and occur not only during the delivery of chemical products (wrong[...]
Read more 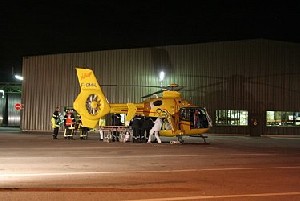 In an upper-tier Seveso-rated plant manufacturing polymers used for water treatment applications, and despite the differentiated storage and packaging zones, a technician assigned the morning shift poured by mistake 1 to 2 kg of sodium hypophosphite classified non-hazardous into a[...]
Read more 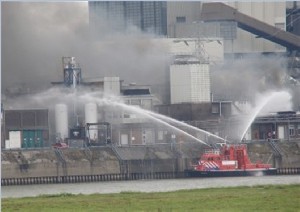 In a chemical plant producing mainly cellulose derivatives, an explosion and fire occurred at about 4 pm during the restart of a production line stopped for 9 h after a breakdown. The commissioning of the vacuum belt filter by the[...]
Read more 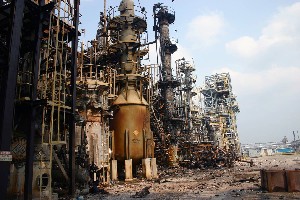 At a chemical plant, a styrene tank "imploded" causing the release of approx. 3 tonnes of styrene product. On the day of the accident, the (44-m³) tank was being filled via a tanker truck when the driver noticed that the[...]
Read more 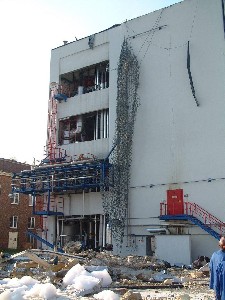 In a chemical plant, an explosion occurred when a glyoxylic acid production line using the ozonisation technique was re-started. The facility was destroyed a year ago by an explosion followed by a fire (ARIA 25337). The internal emergency plan and the[...]
Read more

Analyses carried out on the residual water at the discharge point of a waste water treatment plant at a chemical plant manufacturing a basic organic product revealed that the thresholds of the standards stipulated by prefectural order had been significantly[...]
Read more

At a chemical facility, an explosion and fire occurred around 5 pm inside a laboratory on the first floor of a 4-storey, 400-m² building. The personnel were evacuated and the internal emergency plan activated. Air samples extracted from the premises[...]
Read more